Playing in their first ever cup final against Kirkley/Pakefield, Sole Bay produced a heroic performance in a very even final.
After going 2-1 down Sole Bay battled back to go 3-2 up, then half way through the second half found themselves 5-3 up, however K/P came back and made it 5-5 at full time, then K/P extended their lead to 7-5 with only the second period of extra time left.
Sole Bay dug deep and amazingly won the match 8-7. 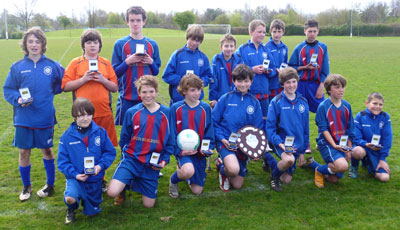