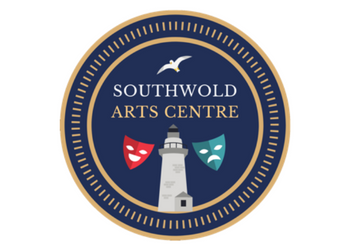 A season of seven plays, opening with:

Two happily married women receive news of an imminent visit by a shared old flame - with whom they now equally happily contemplate a little light adultery!  Fast, funny, and still provocative, Aldeburgh Classic Theatre’s production was chosen as Play of the Month by the world-wide Noel Coward Society when they performed it at Aldeburgh in 2021. Presented in Southwold this year with the same award-winning cast in the leading roles, as a sparkling opener to our 2022 season.  Tickets £12-17.

‘The Nightingales’, Peter Quilter’s effervescent, heart-warming, Showbusiness Romcom. Aug 2-6.  UK premier of this comedy about love, family, and what happens to old stagers when the footlights go out. The world Peter Quilter creates, conjures up that of John Osborne’s The Entertainer. But where Osborne’s message is ultimately bleak and, as always, angry, Quilter’s is one of hope, redemption, and renewal.  It’s also pacier, more amusing, and definitely much more compact!  Tickets £12-17.

Herb, a screenwriter who has abandoned his family and N.Y.C. for a new life in L.A. is doorstepped by streetwise, young daughter Libby, seeking his help to become an actress and pinning him down for some answers. A perfectly mixed cocktail of heart and hearty laughter. After a gap of over 12 years Neil Simon is about to have a Broadway revival this very year. Long overdue!

Farce-master Robin Hawdon‘s most popular play of a wedding day going disastrously wrong, causing hilarious chaos. A bridegroom wakes, hungover, on his wedding morning in his own bridal suite, to find a strange girl in bed beside him. As the ensuing panic escalates, involving the best man and the chambermaid, we find that all our early expectations of plot and character are turned upside-down. This perfect farce also becomes that rare combination of riotous comedy and touching love story.

Men in Suits is an incredibly stylish and witty spoof on mafia film and TV franchises such as The Sopranos, Goodfellas and of course the immortal Godfather films. Tony, a stranger, turns up in New York at the penthouse of Frankie, an old school mob-boss, and wife Sharon. Tony’s been told to drop in, but finds he might just “accidentally” drop off – the roof! The plot twist introduces a story with genuine emotion and jeopardy. Bit by bit Frankie, who hates fictionalised, imitation Mafiosi, is himself drawn into the world of performance.

Adapted from its American setting to somewhere much more remote and bizarre – a creepy old house in deepest, darkest Norfolk! Here, a professor of poetry is suddenly besieged by a whole group of people looking for a lost manuscript by the world-famous poet who was the original inhabitant. As well as all the laughs, there is a thread of genuine romance running through the play, as a wild, free Essex spirit meets a mild-mannered, if slightly nutty, academic.

Originally starring the much-missed Dennis Waterman in the role of Ricky, it’s a mystery thriller with a simple enough setup: a man and a woman meet seemingly by chance and we think they’re both contemplating a random afternoon together. But as secrets are revealed, and the plot, or plots, thicken, their past invades their present in ways neither of them expect. Not until the very last seconds do we discover who will finally come out on top – and even then...

Booking for all these events is available at: southwoldartscentre.co.uk